Apple is making strides to protect consumers’ privacy, but the changes have marketers on edge. Apple’s new Mail Privacy Protection could change the way email marketers can target customers and track response rates. 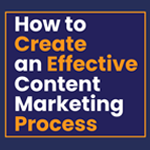 Apple announced new privacy features in early June. The company’s new privacy-enhanced options include: App Privacy Report, which provides greater transparency into how and when apps access user data; Hide My Email, which allows users to subscribe to email lists with what’s essentially an email pen name; and the much-talked-about Mail Privacy Protection.

Companies have  moved to calm consumer concerns about privacy too. Safari, for example, introduced  Intelligent Tracking Prevention, which limits the consumer activity that can be tracked. However, Apple’s privacy commitment marks one of the biggest shifts in the industry to date.

Most marketers are familiar with the idea of tracking pixels. In an email, a pixel, or short piece of code, is placed in an email. It’s not visible to recipients, but when the email is opened, the code is downloaded. That action allows email marketers to track open rates.

This data can then be used in everything from retargeting and conversion campaigns to email testing and personalization — but Mail Privacy Protection seeks to end this practice – at least for Apple Mail users.

Mail Privacy Protection bans the use of pixels to collect user data within the Mail app, effectively masking user IP addresses, which hides a user’s locations and online activity, as well as preventing senders from knowing if an email has been opened. Without that information, tracking open rates won’t be possible.

The feature will roll out with Apple’s new operating systems. For iPhone, that’s iOS 15. According to The Verge, as soon as users update their device, they’ll be given a prompt to opt into Mail Privacy Protection. It should look like something below: 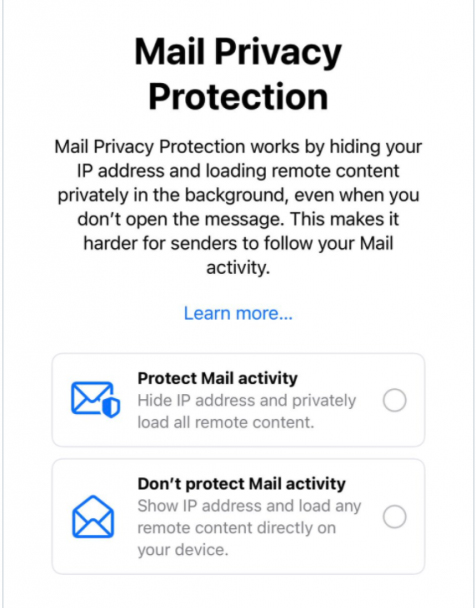 If a user chooses “Protect Mail activity” their IP address will be hidden and marketers won’t be able to track their activity within the native Mail app. It puts privacy in the hands of the user, a growing trend in modern tech.

Who does this apply to?

This only applies to people who use the Apple Mail app, not to anyone who’s using an Apple device like an iPhone. Currently, only 11.5% of people use Apple Mail. These users will be asked if they want to opt into the privacy program too, so they have to actively opt-in, users aren’t automatically enrolled.

If a user says yes, open rates and location data won’t be available.

What It Means For Email Marketers

The truth is that most people don’t understand tracking pixels. Sure, the average Internet user has probably noticed that sometimes they’ll click on a product only for it to appear in a sponsored ad somewhere else on the web, but besides that, they probably don’t think twice about opening a newsletter to which they’ve already subscribed. In fact, they want those messages, but Mail Privacy Protection puts the issue front and center. It’s a learning opportunity for users, who are growing increasingly more cautious about their data, and a potential headache for marketers.

There’s no telling exactly how many users will opt into Mail Privacy Protection, but we can assume it will probably be a lot. Research has shown that just 4% of daily iOS users in the United States allow ad tracking via Apple’s App Tracking Transparency tool. If the figures are similar, this will likely have a huge impact in the realm of email performance tracking, automization, personalization, segmentation, and email testing. This could mean that:

How Marketers Can Adapt

Again, the good news is that Mail Privacy Protection only applies to users on Apple’s native Mail app. You’ll still be able to pull data from subscribers who use third party apps like Outlook Mobile or Gmail.

As it stands, mobile devices are the most popular way to access email — which seems a bit concerning considering Apple’s new privacy tools, but 55% of people still use desktop clients or webmail. There is the opportunity (albeit a smaller one) to pull data from users outside of Apple Mail, especially if you focus on webmail (Litmus found that Gmail owns the webmail market share). Either way, your first order of business should be determining how much of your audience uses Apple Mail in the first place. The new privacy rules may not have a huge impact.

If you find that your subscribers largely use Apple Mail, there are still some things you can do to create a healthy email marketing campaign without solely relying on open data or IP addresses from those users. Instead, you may want to:

Remember, this change will only impact open rates for a select group of users. It won’t impact clicks though, so rather than focus energy on open rates look at clicks instead. These actions represent a higher engagement level anyway, so making the shift isn’t a bad thing.

If open rates aren’t a viable metric, you can focus on form submissions too. Marketers might consider setting up more landing pages or in-site forms on their website to capture leads. For instance, add a short form for newsletter signups, launch a pop-up that collects contact information, or gate more pieces of content with landing pages.

Do you have campaigns that use open rates as a trigger? For example, you might have an onboarding campaign that drips short, informational messages to users. The messages might be set up to continue to drip to users who open the emails. If that’s the case, consider changing the trigger. Keep the dripped messages going, but send them to people who click on a link in the email instead.

Start combing through your list to remove low-quality leads. Since open rates will be inflated, clean-up users who are uninterested now.

Consider creating a segment that separates Apple Mail users of users so you can monitor analytics differently.  You can also immediately try to pull as much open data and location information as possible before Apple rolls out the new features. If you create segmented lists for those users now, you’ll be able to use them in targeted campaigns later. This strategy won’t work well as your email list grows, but you can use it as a Band-Aid in the immediate future.

The real change can happen with communication. Most subscribers want personalized emails; however, they don’t understand that collecting data is how it’s possible and that it will make their experience better. Let your subscribers know how you’re using their data and reiterate your privacy. Give them a chance to opt-out of their subscription, and you’ll know that you’re coming into Apple’s new rollout with the most interested, highest quality leads.

What About Apple’s Hide My Email Feature?

Hide My Email is another one of Apple’s new privacy features that has implications in the world of email marketing. The tool, which was launched alongside Mail Privacy Protection, allows users to hide their email addresses by using a unique, random email address as a sort-of pseudonym. They can create or delete as many of these addresses as they want.

This feature didn’t cause the same stir as Mail Privacy Protection because it probably won’t have the same impact on email marketing strategies. Yes, it means that companies may not have the direct contact of those who use this feature, but it could encourage users to subscribe to more newsletters. Why? It limits the risk of having their inboxes permanently spammed for all eternity by companies who make unsubscribing difficult. It also means that if you annoy an unengaged user, it’s a lot simpler for them to permanently cut off contact. 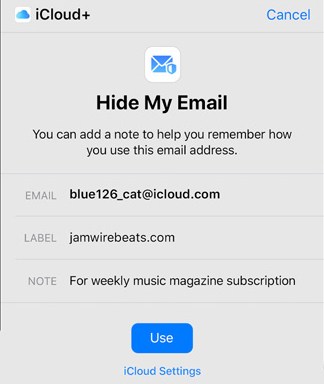 For now, most marketers are focused on Mail Privacy Protection for good reason. We’ve come to heavily rely on the collection of data, but we’re in the midst of a cultural shift where users are increasingly concerned about privacy. Many marketers believe this shift could be at the expense of user experience, but that won’t be the case if marketers are prepared to embrace other metrics and lead with transparency to gain subscriber trust.

Why Repeat Customers May Not Be Loyal Customers…

An Actor’s Guide to Authentic Videos…

What Do Your ESP Metrics Really Tell You About Your Deliverabilit…

How Artificial Intelligence Is Driving The Feeling Economy…