Breaking News
Home / Training / Are You Kind or Patronizing? – Join Our #MTtalk…

Are You Kind or Patronizing? – Join Our #MTtalk…

“It’s hard to be receptive to the moralistic scolding and patronizing encouragement offered endlessly by the allegedly well-meaning.”

Does anybody have a soapbox to spare? Just the mere mention of the word “patronizing” gets my hackles up.

If I had lived a century or two earlier, getting onto my soapbox would have been a risky endeavor. Soapbox speeches usually took place in random public places such as street corners.

The law enforcers of the day routinely arrested soapbox speakers who dared say anything radical – it was a threat to public order. And there was prescriptive banning, which, to all intents and purposes, was nothing less than censorship: certain topics were banned. They didn’t take kindly to women making their opinions known in public, either.

The Cambridge Dictionary defines the word “patronize” as “to speak to or behave towards someone as if they are stupid or not important.” Similarly, Oxford Languages defines it as “to treat in a way that is apparently kind or helpful but that betrays a feeling of superiority.”

Am I Stupid, or What?

I’ve certainly felt patronized before. “Mansplaining,” in particular, annoys me. It irks me if a man speaks on my behalf. It’s even worse if he does it because he assumes that I don’t know anything about cars, electricity, tools, or technology, and that his knowledge is superior. And worse still is when a man lies to me because he thinks that I won’t know the difference anyway.

Recently, we had a solar power system installed at our house. While I was busy downloading the app that you need to manage the system, the project manager literally took my phone out of my hand and said, “Let me do it, I know how.”

After a moment of stunned silence, I asked him to give me my phone back, and added that I found his behavior disrespectful. He quickly mansplained, “Most women struggle to do it, so I thought I’d save you time.” In his mind he was being kind. In my mind he was completely out of line.

The next day the electricity started tripping. So I phoned the project manager, explained the issue, and said that I thought something wasn’t earthed properly. Mr Project Manager offered a number of ludicrous explanations, such as that the pool pump had suddenly developed a fault. I knew that couldn’t be the case by a process of elimination, as I’d already tested all the switches on the distribution board.

After a visit from the electrician, it turned out that it was indeed an earthing problem. And the apology from Mr Project Manager? Well, let’s just say I’m still waiting.

Mental Health and Being Patronized

My friend Bobby lives with PTSD. In his own words, “I couldn’t stop crying! I had no reason to cry, but the tears kept flowing. I had to leave my office. I was worried and scared. I felt that I was going crazy. I headed for an empty boardroom where I wouldn’t disturb anyone else, and I could try to think of what I should do.”

While he was making calls to mental health associations to find help, his manager came in and asked what was wrong. Bobby didn’t know. The manager, trained in mental health, started to empathize with him. She asked what she could do to help.

He recalls, “I said I didn’t know. Her concern was palpable. Then the patronizing started. She began to tell me everything would be OK, and that I just needed to get ahold of myself.”

She wanted to maintain a businesslike workplace, and it wasn’t a priority to help Bobby. To make matters worse, she went and told everybody that he was dealing with “personal issues.” Until then, they hadn’t noticed he was gone.

“Patting me on the back and offering ‘there, there’ is not a solution, and just made me feel worse.”

He manages his PTSD well now, but he’s learned who to trust with his illness, and who will simply pat his back and tell him that “everything will be OK.”

Being Patronizing Toward an Addict

Mandy’s a recovering alcoholic. Her account of how she’s patronized is jarring.

She explains, “Even after all these years, I still find it annoying when people ‘do my thinking for me.’ As a grateful recovering alcoholic, I appreciate the support and encouragement I have received (and still do) from others. What I do not appreciate is when people try to manage me or the situation when I am around. That does not feel kind or supportive. It feels controlling and patronizing.”

She says that people assume they know what’s best for her and attempt to control things, all by way of “protecting” her. She’s had experiences where people either hid the fact that they were drinking alcohol or did not drink in front of her. And that was even when she’d explained to them that it’s her responsibility to manage herself, and that she would remove herself from the situation if it became uncomfortable.

At other times, people have insisted on her drinking the nonalcoholic version of something so that she doesn’t feel left out. She says, “What I find patronizing is their insistence for me to drink something just so that they feel as if I am part of the group. It is for their benefit and not mine. Even if the drinks do not contain alcohol, they still taste like the one that I used to drink.”

Being Patronizing in an Organization

The organization Dulcie worked for was planning to launch a new product category into their stores. She had to manage the training and change management for their frontline associates for a product that most of them knew nothing about, and one that was governed by strict government regulations.

Dulcie had to build the project and change-management plan, as well as lead the learning design and execution (which were not her boss’s strengths). As a senior manager in HR, and with years of experience in designing learning programs, the project was an excellent fit for her particular skill set. On this project, she reported directly to her VP.

He had no background in learning, yet insisted on being present when she met with the learning vendors. When discussing objectives and design elements with vendors, Dulcie’s boss often challenged or overruled her. He blocked her from engaging other project stakeholders, and didn’t invite her to key project meetings. She had to find other ways to get the critical information that she needed.

She recalls, “When members of the senior project team asked why I wasn’t at the meeting, what was I to say? Meanwhile, I was the one who prepared the project updates and executed the administrative details. This is what my role on the project had become, at least from my boss’s perspective. The whole experience was demeaning.”

The #BLM movement has done much to drive forward conversations about race, equality and equity over the past year. But this has also opened up discussions about “savior behavior.”

This is behavior that might seem kind, but can also be (and often is) patronizing. It’s the “you won’t survive if it wasn’t for me” or “you will never get this right without my help” type of attitude. It’s insidious, and does nobody good apart from the “savior” for whom it’s often just an ego-boosting exercise.

The stories above clearly illustrate that patronizing behavior can take many different forms. We don’t all experience it the same, it doesn’t always present itself in the same way, and people’s sensitivity to specific issues can differ significantly.

Are You Kind or Patronizing – and How Do You Know?

In our #MTtalk Twitter chat on Friday we’re going to talk about the difference between being kind and being patronizing.

In our poll this week, we wanted to know what patronizing behavior you’ve experienced. According to the results, 40 percent of participants said that they felt patronized when another person answered on their behalf, while 10 percent said that they felt similar when someone “one-upped” their own problem. You can see the full results here.

We’d love for you to participate in our upcoming Twitter chat. To prepare, we’ve put together some relevant questions that we hope will spark thoughts and ideas:

To prepare for the chat, we’ve also compiled a list of Mind Tools resources that might help to drive our conversation:

How to Be Assertive

We’ll be tweeting out 10 key questions during our hour-long chat. To participate in the chat, type #MTtalk in the Twitter search function. Then click on “Latest” and you’ll be able to follow the live chat feed. You can join the chat by using the hashtag #MTtalk in your responses. 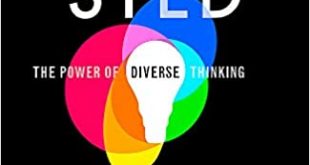 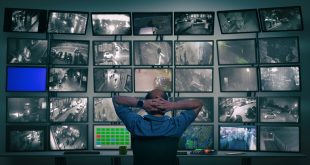 Surveillance and Micromanagement – a Tale From the Frontline… 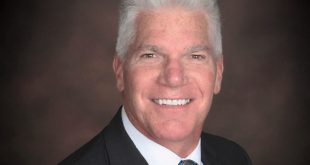 Lessons in Listening – From the Navy: Our Expert Interview With C… 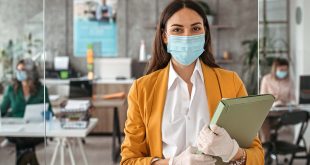 Back to the Office? Bring Your Emotional Intelligence…

As more businesses give the green light to their people to return to the workplace after lockdown, our interactions in the new world ...