Breaking News
Home / Training / Why Do We Self-Shame? – Join Our #MTtalk!…

Why do we do it to ourselves? Join us for this week’s #MTtalk Twitter chat, when, as part of our initiative on Reflect, Recover, Reset, we’ll be exploring what self-shaming looks like, why we do it, and how to stop it.

“We cannot grow when we are in shame, and we can’t use shame to change ourselves or others.”

There she is again: that fat, unattractive woman. Honestly, how does she get through a single day looking like that? Shame on her! How does she have the nerve to stick her nose out the door, never mind that rear end.

Does she expect to be loved and respected looking like that? It’s obvious that she has no self-discipline or self-control. What could she possibly amount to in life?

If you think that sounds a bit harsh, you’d be right. But those were my thoughts about that fat woman, that she deserved it. But the fat lady was me. I was talking to my reflection in the mirror. Every time I saw myself I felt sick and disgusted. Shame on me.

Shame Was a Normal Feeling

But I’d wake up in my fat body, with tears streaming down my face.

They say that you don’t know what you don’t know. What I’m sharing next might sound unbelievable: I thought that how I felt about myself was completely normal. It wasn’t until I was in my late 20s that I learned “self-shaming” existed. To me, it was normal to talk to myself that way. I thought that it would help me to “discipline” myself into a better version of me.

Self-shaming is not a very effective way of changing yourself or of dealing with mistakes. I only learned that when, with the help of a therapist, I came to understand the concept of self-shaming. I started accepting myself and my body and with self-acceptance came the ability to love myself enough that I wanted what was best for me and my health: losing the excess weight – which I did.

Where Do We Learn Self-Shaming?

Self-shaming is a learned behavior. In other words, you hear and see people around you shame themselves and others. It becomes normalized behavior, especially if you are the one being shamed.

In my case, I heard my family fat-shaming other people long before I was ever overweight. It was no secret that they thought of overweight people as “less than.”

In their opinion, “those people” simply had to get their act together and start losing weight. Being fat was much worse than being unkind or unforgiving. That’s not what their words said, but that’s the story their behavior told.

I’ve also experienced organized religion as being very adept at using shame as a mechanism to keep people “in line.” In schools, even inept teachers use it to “discipline” learners!

The Unfairness of Shame

Recently, I had a conversation that I couldn’t get out of my mind. A friend was talking to me about her overweight (adult) daughter, and how ashamed she is of her daughter’s appearance. That was her focus, not that her daughter is an exceptionally gifted woman, and very successful in her professional career.

I asked her if she realized that what her daughter needs most is to be loved and accepted unconditionally, as she is now. She said she knew, but she couldn’t help how she reacted. My friend admitted, “She says when I walk in the door, I look at her and lift my brows. I can’t control it. I’ve always wanted to be thin and I don’t understand why it doesn’t bother her that she’s fat.”

Her words felt like someone stabbed me in my heart. It was like my own story all over again. I heard the pain of a daughter who had to live in a state of apology for not being the way her mother thought she should be.

I heard the unfairness of thin discriminating against fat. And I heard arrogance – the type of arrogance that makes one person think they’re so much better than another because of their appearance, and that it’s okay to shame or treat the other person poorly based on their looks.

On the one hand, I wanted to tell this woman in no uncertain terms how much she’s damaging her daughter. On the other, I wanted to deal with the situation like a therapist, but she isn’t my client. I had to change the topic to navigate through the conversation safely.

The Effects of Self-Shame

Looking back at my younger self, I realize that it must have been difficult to work with me. Someone who is so used to being shamed and feeling bad about themself tends to be defensive and over-sensitive. I can remember taking every bit of criticism personally.

People who are constantly feeling a sense of shame might struggle to reach their full potential. They might also not put forward their ideas and speak up in meetings. Years of pent-up resentment and anger mean they often have to learn how to be assertive, rather than become aggressive or passive-aggressive.

Why Do We Shame Ourselves?

Maybe we shame ourselves for not being able to perfectly juggle our careers, children, partners, working from home, and cooking all meals from scratch. Maybe we don’t stick to our six-days-a-week exercise regimen and don’t get eight hours sleep every night.

During our #MTtalk Twitter chat this week, we’re going to talk about self-shaming, why we do it and how we can stop doing it.

In our poll this week, we wanted to know which self-shaming phrase you most often say to yourself. More than half of respondents chose “I’m not good enough.” And more than a fifth voted for, “I have no willpower.” To see all the options and results, please click here.

What is shame? How do you define it?

What are some examples of “shame words” or self-shaming phrases?

Why do we shame ourselves? Where/how did you learn to self-shame?

What are your shame triggers?

Why is self-shaming so destructive?

Are self-shaming and self-deprecating humor the same thing? Why or why not?

How can you stop self-shaming? In what more positive ways can you interact with yourself?

To help you prepare for the chat, we’ve compiled a list of resources for you to browse. Please note, some of the listed resources may only be accessible in full to members of the Mind Tools Club.

How Self-Confident Are You?

8 Ways to Strengthen Your Team With Positive Narratives

Follow us on Twitter to make sure you don’t miss out on any of the action this Friday! We’ll be tweeting out 10 questions during our hour-long chat. To participate in the chat, type #MTtalk in the Twitter search function. Then, click on “Latest” and you’ll be able to follow the live chat feed. You can join the chat by using the hashtag #MTtalk in your responses. 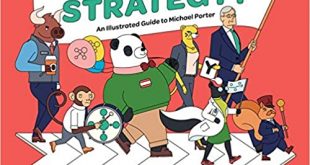 What’s Better Than Being the Best? Being Unique… 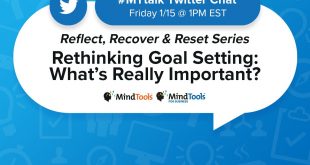 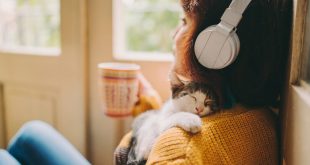 What Are You Grateful For? – Your Responses… 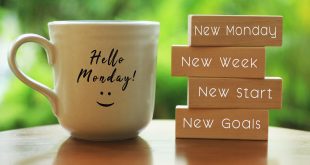 Placing that marathon medal around your neck, picking up the keys to your new home, ...