Breaking News
Home / Training / What’s Better Than Being the Best? Being Unique…

What’s Better Than Being the Best? Being Unique…

There’s a saying that goes, “Being the best is great; I’m number one. But being unique is better; I’m the only one.”

I was reminded of this recently during a parents’ evening at my children’s school. Both of them – I’m pleased to say – are bright, happy kids. But a discussion about other kids who compete with each other to be “the best” brought that quote to mind.

What exactly did “being the best” mean, I wondered. It sounds noble enough, but did I want my children to join in? And thinking of that old quote, why might “being unique” trump “being the best?”

I thought about it some more and remembered what my dad used to say when I was a kid. “Just try your hardest,” he would tell me. “I don’t mind if you’re not the best; just try hard and be yourself.” Nobody’s word carried more weight than my father’s did back then. And if being myself was more important to him than being the best, then I was ready to listen.

Racing to the Bottom Is Not Unique

I realised that the tussle at school to become numero uno was probably destructive and self-defeating. OK, so whoever emerged on top might have their podium moment, but at what cost? How many playground friendships might unravel? How many tender souls might end up nursing battered egos?

Instead of being, as at first it appeared to be, a competition to reach the top, these schoolyard shenanigans were actually a race to the bottom. Kids were competing by matching each other’s moves – copying notes, drawings, language, and even looks.

Any time someone arrived with a new hairstyle, the latest sneakers, or a fancy pencil case, their classmates would imitate them to gain an advantage. This most innocent of environments was becoming a dog-eat-dog world. Kids were competing to be the best by being the same.

Paving Your Own Way

All this was fresh in my mind when I read Joan Magretta’s excellent “What Is Strategy? An Illustrated Guide to Michael Porter.”

It’s a graphic novel – essentially, a short book in which text, illustrations, speech bubbles, and commentary panels interplay in a kind of storyboard format. And at first glance it does seems like an awkward marriage of business and children’s publishing.

The book’s theme and cartoon animals seem unlikely bedfellows. But it’s actually a fantastically accessible introduction to the fundamentals of strategy.

Read on, and you’ll pick up takeaways from the mind of world-renowned strategist, Michael Porter. One such takeaway is the importance of adopting the right mindset. This sounds a little woolly but it’s a foundation for the more theoretical stuff that comes later.

Think of the outlook that your favorite team carries onto the field with them. Whatever the sport, players set out to be “the best.” They have to, it’s the only way to win.

Compare that to your favorite musician, dancer, or comedian. People in the performing arts don’t reach the top of the tree by crushing the opposition. They do it by being creative, by developing unique identities and approaches to what they do.

No two bands sound exactly alike (even the dodgy tribute acts) and no two singers have the same voice. Each actor, each circus performer, each magician can develop an audience and successfully create unique value for their customers. This generates a self-sustaining, flourishing field in which everyone can win.

It’s the second approach – the creative, “performing arts” mindset – that pays dividends, both at school and in the world of work.

Not adopting it means making what Porter calls “the worst error in strategy” – that is, competing with your rivals within the same dimensions.

Playing by Your Own Rules

I’m happy to say that my kids stand slightly apart from these playground tussles. They’re part of the crowd but don’t jockey for position within it, and they’re confident enough in themselves to play by their own rules.

That both my kids are as stubbornly independent as they are sometimes drives me to distraction. But it also makes me very proud.

Every so often, they tell me about a classmate who leaves the competitive mêlée to sidle up to them when there’s work to be done. All will get on and do what they each want to do and resist the urge to instigate an imitation game or a bout of one-upmanship. Maybe they’re learning that there’s a better way. Maybe the right mindset is spreading.

We review the best new business books and the tested classics in our monthly Book Insights, available as text or as 15-minute audio downloads.

So, if you’re a Mind Tools Premium Club member or corporate user, download or stream the “What Is Strategy?” Book Insight review now.

If you haven’t already signed up, join the Mind Tools Club and gain access to our 2,400+ resources, including 390+ Book Insights. For corporate licencing, ask for a demo with one of our team.

What’s your strategy mindset? Join the discussion below and let us know! 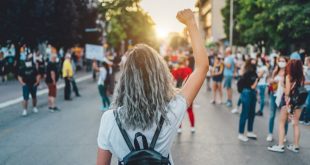 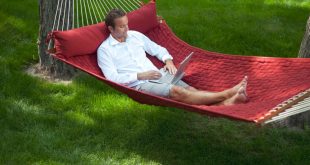 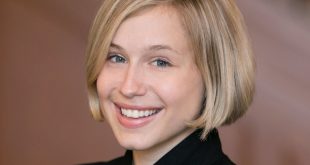 Take Control of Your Time: Our Expert Interview With Ashley Whill…

How to Stop Apologizing — Join Our #MTtalk…