What We Learned About Radical Candor From Kim Scott…

Humility is one of MailChimp’s core values, and it can manifest in our daily lives in a variety of ways, from accidentally broadcasting silence during our weekly radio shows to admitting failure to hundreds of our peers.

Recently we had the opportunity to have Kim Scott, author of bestseller Radical Candor: Be a Kickass Boss Without Losing Your Humanity, come to our office to speak for our Coffee Hour series. It was an hour chock-full of candid advice about being a better boss, employee—heck, just a better person in general.

“It’s such a simple idea, radical candor, but if you all can put it into practice, not only will you do the best work of your lives, more importantly, from my perspective, you’ll form the best relationships of your career,” Kim told us.

Here’s what else we learned:

It all started with a puppy.

Kim’s initial brush with the concept took place in the time it took a streetlight to change from red to green. Her beloved golden retriever ran in front of a cab, and a man approached her and said, “I can see you really love that dog.”

“But,” he said, “you’re going to kill that dog if you don’t teach her to sit.” With that, he commanded the dog to sit, and she did. Kim looked at the man in amazement, and he said, “It’s not mean. It’s clear.”

“And then the light changed, and he walked off, leaving me with words to live by,” Kim says.

Radical candor means to care personally and challenge directly at the same time.

In other words, it’s the ability to give feedback while also giving a damn about the person you’re saying it to. The reason this feels so unnatural is because many of us have been taught, “If you don’t have anything nice to say, don’t say anything at all.” But if you’re an employee (or maybe a boss), that can sometimes be your job.

You may also have been told to act professional, which usually translates into leaving your humanity at home. To build strong relationships, though, you have to bring your best self to work.

And there’s a helpful guide about how to do exactly that.

If you’re ever unsure how to interact with someone—or to gauge praise or criticism—this handy 2×2 feedback framework is a tool you can use. “We all make all these mistakes all the time,” Kim says. “What I want you to do is to use this framework like a compass to help you guide the conversations that you have with people to a more positive place.”

But giving helpful feedback isn’t as easy as you think.

“Everything that is best about people is good because we can correct our mistakes,” Kim says. “But we cannot correct our mistakes if we’re not aware of them, and for that kind of awareness, we rely on each other. So you really owe it to each other to point out in a warm, caring way when somebody is screwing up, but also when somebody is doing great work. Showing what success looks like is even more important than pointing out mistakes.”

“Radical candor should be practiced up, down, and sideways,” she adds. “You should be able to be radically candid with your boss, with your peers, and if you do become a manager, with your employees as well.” 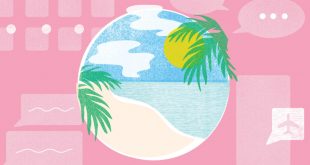 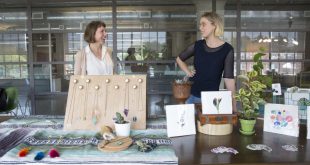 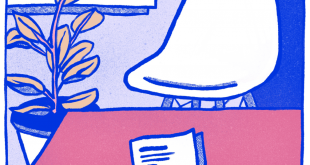