The Self-Promotion Trap – Join Our #MTtalk!…

Self-promotion is a great tool for building your career, but it can also be damaging if you use it recklessly. So how can you self-promote without falling into the traps?

“You have to give yourself credit, not too much because that would be bragging.”

A few years back, a work associate invited me to attend a meeting at a professional organization.

After the chairperson opened the meeting, it was the deputy chairperson’s task to welcome nonmembers and tell us more about the organization’s goals.

Fifteen minutes later, we’d heard about two minutes’ worth of information about the organization, and thirteen minutes’ about the deputy chairperson and all his achievements.

One of the goals of the meeting was for members to have a platform to promote what they did. Unfortunately, this speaker didn’t see the line between tastefully highlighting personal success, and bragging.

Later that evening, out of curiosity, I looked at his profile on LinkedIn. It was more of the same: he was an expert in everything, a thought leader, the best in his field, internationally sought-after… He exaggerated a lot and, frankly, I found it annoying – and dishonest.

Not too long after that, Sheena, a person I’d known from a previous facilitation stint, suggested that we collaborate on a project about handling diversity in the workplace.

I agreed to join in, but it turned out that she wasn’t an expert in this field at all. She’d read about it, and had some limited personal exposure to the topic – that was it. However, she’d concluded that it would “be a breeze” to facilitate.

I was furious that she’d had the audacity to tell others (me included) that she was an expert. While she understood the basic concepts, her knowledge wasn’t nearly good enough to stand in front of a class and take responsibility for teaching others about workplace diversity.

Should We Promote Ourselves?

Absolutely, yes! Sometimes, you’ll be the only person who can speak up for you. If you don’t, no one will magically know about your abilities and experience.

We have so many available platforms, and we can, and should, use them. Just think of the opportunities to self-promote at work, on certain social media platforms, and at business events. These are your chances to tell the world about your accomplishments and to leverage your career.

I’ve been given opportunities that I would not have had if I hadn’t promoted myself. Of course, you don’t want to feel like you’re bragging. But self-promotion isn’t bragging – there’s a big difference. That said, we need to self-promote wisely.

I always give my coachees certain guidelines. One of the most important is to never try to “fake it till you make it,” because you can ruin your reputation in a heartbeat. This type of behavior can sometimes get you a long way, it’s true. But it can also have a negative effect on your mental health – not to mention the fallout you can suffer, if it turns out that you can’t actually fake it after all!

Also, learn to be very sensitive about when and where to promote yourself. It’s not OK to parasitize someone else’s post, platform or space.

During our #MTtalk Twitter chat this week, we’re going to talk about the self-promotion trap. We’ll discuss how self-promotion can benefit you, and also what you need to be aware of when self-promoting.

In our Twitter poll we asked why self-promotion could potentially do more harm than good. Twenty-four percent of respondents felt that it can come across as “pushy,” while 32 percent agreed that any form of “bragging” is simply annoying.

We’d love you to participate in the chat, and the following questions may spark some thoughts in preparation:

To help you to prepare for the chat, we’ve compiled a list of resources for you to browse.

What Is Personal Branding?

How to Use LinkedIn Effectively

Keeping Your Word at Work

How to Manage an Underconfident Person

Get Ready for Promotion

Career Progression in a Flat Organization

We’ll be tweeting out 10 questions during our hour-long chat. To take part, type #MTtalk in the Twitter search function. Then, click on “Latest” or “All Tweets” and you’ll be able to follow the live chat feed. You can join the chat by using the hashtag #MTtalk in your responses.

Previous Email Marketing Quick Tips: 4 Tricks to Grow Your List…
Next A Simple Plan for Writing One Powerful Piece of Content Each Week… 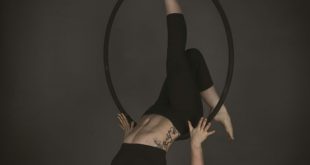 From Circus Performer to HR Professional!… 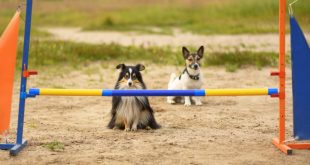 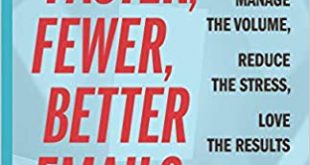 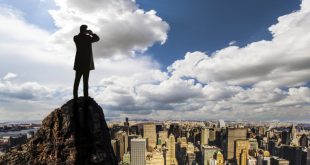 Managing Your Expectations – Join Our #MTtalk…

“Expectations were like fine pottery. The harder you held them, the more likely they were ...