Racism in the Workplace: No Laughing Matter…

So you’re really excited about starting your new job. But within five minutes of walking in, people – your new colleagues – are telling racist jokes. Then the racism gets worse. And your boss starts making racist remarks as well.

In this video, three of our U.K.-based colleagues – Esh Jugal, Jeffrey Oshinyemi and Sai Cook – come together to chat about racism in the workplace, the impact of George Floyd’s death, the Black Lives Matter movement, and their own personal experiences of racism.

Not the Season of Goodwill

In this transcript extract, Esh Jugal, Client Experience Partner at Emerald Works, describes turning up at his new job only to find that it’s a hostile environment:

Jeffrey: I’m lucky, I don’t think I’ve ever had a racist interaction in the workplace specifically – maybe on the way home!

Esh: I have had the worst. I worked in a company two years ago and it was a media company. Their headquarters were based in Canada but they operated here in the U.K. as well. I applied for the role, I got interviewed, two-stage process, I got the role. And during the interview I just thought, “Ah, this manager, the line manager, wicked, he’s so, so good. I can definitely see myself working under him.”

They were quite a loud bunch, so I thought all right, cool. I sat down and they had an advent calendar on the wall. They said who wants to pick today’s advent calendar. It was like a makeshift advent calendar, one they had made themselves. They had put stuff in the bag and you grab it out on the day, and there’s a joke each day, a chocolate or a gift or whatever as well.

These guys are really loud and they just don’t care. They didn’t care who had just started, what the color of that person’s skin was. The guy reads the joke out and it’s a joke to do with black people, like a stereotype joke. They were cracking up, and in my head I was just thinking, “What the hell, this is insane!”

Esh: And I didn’t laugh, I didn’t even chuckle, trying to get involved or whatever.

Sai: Were there other people there?

Esh: There were other people there, they were all pretty much the same and there were a couple of people, two marketing girls, they were really lovely and they wouldn’t really crack up.

“And the Jokes Just Continued”

They would, like, chuckle and then get on with their work. I think it was more, you know, how you get people that just don’t want no drama, don’t want any confrontation, and they just get on with it, they don’t get involved.

Esh: They were like that and I was the only colored person in the company. They were all white and I just thought, “What the hell’s going on here?” And it continued. So I was working there for about 10-11 months, and the jokes just continued. Even about Asians, South Asians, stuff to do with religion.

I remember at one point they were talking about food, about steak or something, and my manager, who was like the VP of sales and marketing, said, “What’s that religion that flippin’ worships cows?”

“Insults Being Disguised as Humor”

Esh: And I just didn’t know how to handle that at all. And me being the only colored person. It was just one of those things, and there were so many racial slurs, even when I’m sitting there.

And there would be comments, and sometimes I’d respond in sarcastic ways. And I remember once my manager got offended with something I said, just because I responded to something he said!

Jeffrey: I think you have to be really careful with insults being disguised as humor or good humor.

Jeffrey: Ignorance is not funny. There’s no way to spin it, it’s just not funny.

You can watch Part 1 of our BLM roundtable, “Racism in the Workplace and BLM: Our First Conversation” here.

Have you had a conversation about race at work? What would you like to tell or ask your colleagues about racism and inequality? Have you experienced racist workplace “banter”? How do you think we can stamp out racism in the workplace – and outside of it – for good? Join the discussion by adding your thoughts in the Comments section, below.

Previous Manage Your Email Better With This Free Software: ……
Next 25+ Best Decorative Fonts in 2020 (Free & Premium)… 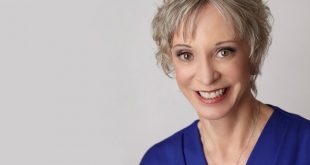 Making Sense of Change: Our Expert Interview with Susan Bridges… 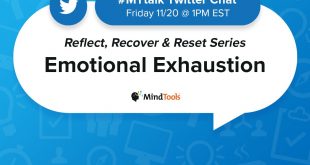 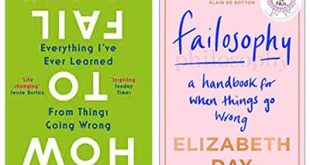 Failing Well: How to Succeed at Getting Things Wrong… 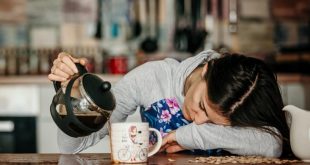 Lockdown Burnout And How to Avoid It – Mind Tools Minute Video…

by Lucy Bishop November 11, 2020 GettyImages/tatyana_tomsickova At the height of lockdown, my routine went ...