Media and Publisher Benchmarks Are Here…

Campaign Monitor is excited to release our 2021 Email Benchmarks Report, specifically for the publishing industry and media groups.

When it came to email performance over the past year, publishers fared quite well compared to the overall average. People had more time to browse content and had more of a reason to really engage with it.

Not only did consumers care more about breaking news and COVID-related issues, they were also more engaged in at-home learning and entertainment, including everything from DIY projects to yoga and baking.

But first, a little bit about what we saw across the 100 billion emails we reviewed from all industries evaluated. There was a surge in email volume and performance in the early months of the pandemic, especially March and April. We also looked at key performance indicators averaged across the year like open rate, click-through rate, click-to-open rate, and unsubscribe rate.

Overall, open rates jumped to 18%, after increasing more than 13 percentage points year over year. Think about this big jump another way — it is equal to that many more people taking interest in a particular email message! That can equate to millions of people for a big newsletter. The average click-through rate stayed fairly constant at 2.6%, while the click-to-open rate went down a bit, to 14.1%.

Our client Tim Huelskamp, Co-Founder of 1440, notes the importance of the Benchmarks Report: “We’re constantly using the benchmark data to understand how we can improve our offering. We look forward to the Benchmarks Report coming out each year, because in addition to evaluating the data, we then use it to dive deep with some of the Campaign Monitor segmenting tools to get a full picture of what our data and results really mean.”

To hear how customers use the benchmarks to set record-level engagement, join us for the webinar.

Publishers had some silver linings during the pandemic. Like all other industries, publishers saw a surge in March and April. People who were stuck at home turned to email (among other digital content channels) as a preferred information source for everything from entertainment to information, promotions and deals. This gave publisher emails a big boost, helping the industry perform well above the average across the entire year.

Perhaps most interesting, the unsubscribe rate averaged out to a near-perfect 0.0%. This attests not only to better retention, but also potential increases in new subscribers which balanced out the average over the course of the year.

Publishers will also be intrigued to know that Friday turned out to be the best performing day of the week across every KPI, which is surprising compared to past data. For years, Tuesday and Thursday tended to perform best, as people sat in front of their computers at work.

However, with people dialed in nearly every time of day, on both cell phones and computers, people shifted some of their email time to later in the week. It’s possible they were busier on Zoom calls, or just saved their email housekeeping to the end of the work week.

Either way, this valuable insight should direct publisher and media groups’ emailing schedules while people are still confined at home, and perhaps even after that, as millions of people opt into remote work and keep many of their new online media habits.

Huelskamp also noted, “Friday having the highest open rate was the most shocking data for us, but was interesting to see in parallel with mobile open rates dropping this year as well. As a daily email newsletter that is sent early in the morning, we saw similar YOY engagement overall, but it tended to be later in the day. In a year that changed commuting habits pretty drastically, our thesis is that folks are not on the train anymore and sleeping in a little longer, so it makes sense they’re going to read our news on their computers rather than on their phones.”

We encourage you to download the full report. After an unusual year, consumer behavior may never go back to where we were before the pandemic. The Media and Publisher Benchmarks Report provides updated data that is a reliable element of comparison moving forward.

See how your results compare, and what changes you might want to test out to take advantage of new norms in email engagement. 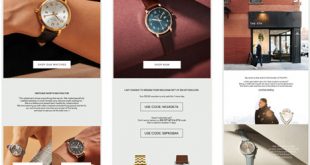 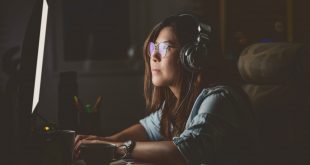 Email Marketing Pricing: How Much Should Digital Agencies Charge?… 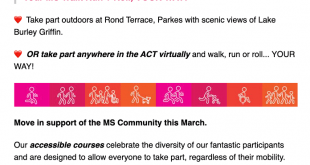 Multiple Sclerosis Limited is the go-to provider of information, advice, and support for people affected ...