“Get out of your own way. Often we’re our own worst enemy when working towards our goals.”

I don’t like having dirty hands, anything under my fingernails, or not being able to answer my phone. When you do pottery, you have all three – at the same time. But let’s start at the beginning…

After I got married to my first husband many years ago, I moved to a new area. I didn’t know many people and I was looking for a new hobby. A friend suggested that I join her at a pottery class.

I was hooked after the first lesson. It definitely wasn’t easy, but I found the whole process very interesting.

I learned all the beginner’s techniques for making clay pots: from pinching to coiling, slabbing to molding. But all the while, I was itching to get behind the potter’s wheel. It would be a tricky skill to master but I was determined to learn.

Thankfully, the instructor was great. She would demonstrate what to do, provide support while you were practicing, and eventually leave you to your own devices.

Often, she would watch from a distance and only step in when absolutely necessary. She allowed us to make mistakes, and to make ugly pots. I’m sure she could see, long before the creation was finished, that it wasn’t going to be pretty. But she didn’t interfere.

She gave us space to figure things out for ourselves. In short, she enabled us to internalize our learning.

Unfortunately, before I could graduate to the potter’s wheel, my husband and I relocated. After we had settled in, I found a new pottery teacher.

After testing the skills I’d already learned, I was finally allowed to use the wheel. I felt optimistic as she showed me the techniques and talked me through the process. But as I began to practice, things started to go south.

Instead of giving me space as the previous teacher had, this one hovered over my shoulder the whole time. It looked as if she had trouble keeping her hands off my clay. The longer it went on, the more nervous I became and the less success I had, until we decided to call it a day and try again the next week.

The next class was more of the same. At last I asked her to give me space to try on my own. Once I felt less crowded, things started to look up. But as soon as the teacher noticed that, she was back behind my left shoulder.

Unsurprisingly, that was my last pottery lesson.

My first pottery teacher understood the importance of allowing people space to practice, learn, and be creative.

The second teacher, although technically skilled, was so controlling that she hamstrung the learning process. She didn’t realize the importance of giving people space to work things out for themselves.

And Pottery Teacher Number Two is not the only culprit. Sometimes we don’t allow colleagues or employees the space that they need to grow and develop.

Sometimes we even limit our own space! By filling up our lives with technology, entertainment and mental clutter, we don’t make space for the things that will allow us to reach our potential.

Everyone needs space to think, space to use their imagination, space to switch off, and space for those “Aha!” moments.

In our #MTtalk Twitter chat this week, we’re going to discuss getting out of the way of success.

In our Twitter poll, we asked why you think some people find it so hard to give others space. Almost half of the participants felt that people are afraid to lose control, while only two percent felt that it’s because of “blind spot” thinking. You’ll find all the options and results here.

We’d love you to participate in this week’s chat, and the following questions may spark some inspiration:

Why do people crowd out others?

What actions/behaviors from others make you feel “crowded”?

What does having too little space for yourself look and feel like?

What kind of magic might happen if you weren’t in the way?

How do you know when to lead, when to collaborate, and when to move aside?

To help you prepare for the chat, we’ve compiled a list of resources for you to browse.

How to Join Our Chat

Follow us on Twitter to make sure you don’t miss out on any of the action this Friday! We’ll be tweeting out 10 questions during our hour-long chat. To participate in the chat, type #MTtalk in the Twitter search function. Then, click on “All Tweets” and you’ll be able to follow the live chat feed. You can join the chat by using the hashtag #MTtalk in your responses. 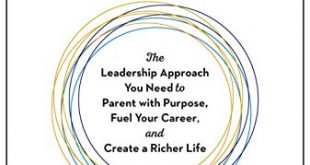 Can You Be a Good Leader and a Good Parent?… 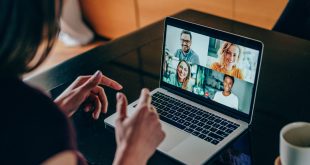 How to Banish Zoom Fatigue – Your Top Tips!… 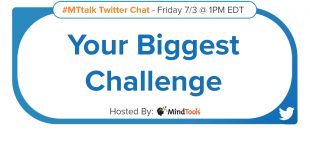 Your Biggest Challenge – Join Our #MTtalk!… 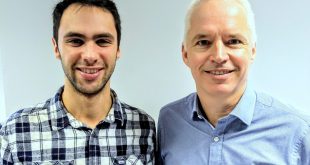 Don’t Ignore the Messenger: Our Expert Interview with Stephen Mar…

When behavioral experts Stephen Martin and Joseph Marks wrote their book “Messengers,” they based it ...