BIGtheme.net http://bigtheme.net/ecommerce/opencart OpenCart Templates
Breaking News
Home / Training / How Do You Cope in an Emergency? – Join Our #MTtalk…

How Do You Cope in an Emergency? – Join Our #MTtalk…

Topic: How Do You Cope in an Emergency?

“Panic causes tunnel vision. Calm acceptance of danger allows us to more easily assess the situation and see the options.”

I wish every blog I write could be about a happy story. But life doesn’t work that way. And what would a happy emergency look like anyway? Maybe winning the lottery? I’m not sure. I have it on good authority that winning the lottery doesn’t necessarily make a person happy.

Whether we like it or not, much of our growth takes place in the less-than-happy times. We can also often develop understanding and empathy for other people’s circumstances when we’re going through testing times ourselves…

Even though I grew up in the city, I had always dreamed of living on a farm. My then-husband and I moved to one shortly after the fall of apartheid in South Africa. I was ecstatic!

As well as keeping all kinds of animals, starting a huge vegetable garden, and restoring the old farmhouse, I also threw myself into working in a previously disadvantaged community close to us. It seemed like I was living in paradise, but it turned out not to be a paradise after all.

One morning while I was going about my chores in one of the outbuildings (I also ran a farm stall), a man living on a neighboring farm came in. He asked for a lift to town. I knew the person fairly well; it was someone we had helped previously, and I had no reason to doubt his intentions.

But because I wasn’t going to town until much later in the day, he asked me to call a cab. About five minutes after I had made the phone call, the man came back into the shop. Suddenly he jumped onto the counter, and my first thought was that there must be a snake on the floor. (Don’t laugh at my naïveté – there were some nasty snakes in the area!)

Money or Your Life

Then, as if in slow motion, I saw his hand go behind his back and reappear holding a knife. He started shouting at me to give him money or he’d stab me. He was about to jump off the counter toward me when I heard someone else shouting. Only after a second or two did I realize that I was hearing myself shouting!

The man was now just a few feet away from me, and trying to open the cash register. Movement at the back door caught his attention – my rottweiler, who had heard my shouts and come charging in. In a flash, the man had jumped over the counter again and run out the front door.

After making a few phone calls, the police arrived, my husband arrived, and our neighboring farmers all came to see how they could help. Although I’d suffered no physical harm, except for a superficial cut, I was shaken to my core.

We, the police, and our neighbours patrolled the area for hours looking for the perpetrator. He wasn’t caught, but the police were satisfied that he wasn’t around anymore.

I struggled to fall asleep that evening. After I woke up the next morning, my first words were, “What a nightmare.” My husband didn’t understand and asked why I said that. In his mind, the criminal wasn’t in the area any longer, so everything was OK.

Yet for me, it was just the beginning – and I tried to deal with everything on my own. But, eventually, I had to seek medical help. I had almost reached breaking point. Dealing with an emergency on your own is a special kind of lonely, and it’s not healthy.

Reach Out, Look In

I have since learned to deal with emergencies differently. Reaching out to others is high on my list of priorities, and I take all the help I can get. I make sure that I recognize my emotions. I feel them and I deal with them – as and when they happen.

It’s no good denying them; that only makes them want to surface more forcefully. I get medical help if it’s necessary, and I communicate with the people around me, to help them to understand what I’m going through.

I’ve also learned to ask others how they want me to support them – and I’ll keep on reaching out to them until I’m sure that they’re OK.

How Do You Cope in an Emergency?

During the #MTtalk Twitter chat this week, we’re going to talk about “How Do You Cope in an Emergency?”

In our Twitter poll, we wanted to know how people are most likely to cope in an emergency.

More than 45 percent of the participants said that they try to cope on their own, while 29 percent reach out to family or friends. See all the options and results here.

To help you to prepare for the chat, we’ve compiled a list of resources for you to browse:

Communicating in a Crisis

How to Manage a Team Member With PTSD

What Is Psychological Capital?

Follow us on Twitter to make sure that you don’t miss out on any of the action this Friday! We’ll be tweeting out 10 questions during our hour-long chat.

To participate in the chat, type #MTtalk in the Twitter search function. Then, click on “All Tweets” and you’ll be able to follow the live chat feed. You can join the chat by using the hashtag #MTtalk in your responses. 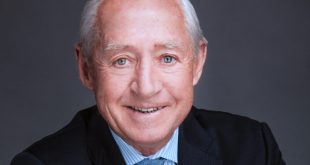 Problem Solving That Works: Our Expert Interview with Robert McLe… 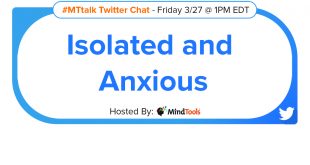 In Isolation and Anxious? — Join Our MTtalk… 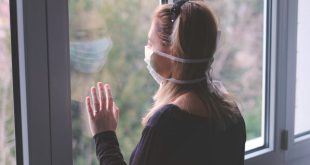 by Simon Bell March 18, 2020 GettyImages/LucaLorenzelli The impact of the coronavirus pandemic is unprecedented. ...