Cause and Effect: How Inclusive Marketing Starts With One Brave D…

This article is part of a larger series that focuses on diversity and equity in marketing, as we are committed to amplifying the voices of Black and racially diverse authors. Follow along and read other posts in this series here.

This post is authored by Kevin Tyler, Insights Director at Ologie.

So, a little background: I was born in Columbus, Ohio, to an extremely light-skinned mother and a much darker father. My mother was so light in fact that, as the story goes, at a very young age I announced proudly to her, after a nap:

“Mom, I’m glad that you and I are white and Dawn [my sister] and Dad are black.”

My mother, who swiftly corrected me as soon as the ‘k’ of ‘black’ crossed my tiny teeth, loves telling that story—even to this very day. It was the first time, as my mother tells it, that she was aware that I was aware of race. She says that, as proud as she was of my observation skills at such a young age, it was also the moment that the world, for me, would never be the same. It was the loss of a certain kind of innocence.

As I continued to grow, other things changed too, of course:

It’s also important to note here that when I was growing up and finding out I was gay and being raised in predominately white neighborhoods, it meant that I never felt like I fit in. I was too White for the Black kids and too Black for the White kids and too gay for everybody. So, I was just different in a way I couldn’t explain at a young age.

And while this might feel like too much information right up front (I mean, we just met and you already know most of my life story), it’s important to set this groundwork for the conversation we are about to have about some commercials I like to think about in my work.

The short version though is this: the life I’ve lived is the lens through which I see the world.

More importantly though, as it relates to marketing: the life I’ve lived is also the lens through which I see marketing.

In the past eight years, there have been three ads that, for one reason or another have stuck with me. Ads that spoke to those parts of me—the ones described above—that I’d never seen from a brand before. They were ads that made bold proclamations: That everyone sleeps. Everyone eats. And (almost) everyone drives. And that their ads, and by extension, their brands, should reflect that. Those three ads are:

Eight years ago I was in my early-30s and had yet to see a commercial as bold as this one from Sealy. This ad, called “What you do in bed” didn’t just feature a gay couple, it featured an interracial gay couple. And the brand didn’t stop there. They continued with what I still think is one of the first and boldest moves a known brand has ever made: making the viewer imagine a gay couple doing the things couples do on a mattress. It was an important ad for me, as a gay dude in an interracial relationship, to see my life—my story—reflected in a national television ad.

Just a year later came this ad from Cheerios that ended up making national headlines for all of the worst reasons. By way of the dreaded “comment section” the brand was taught that not everyone in the country was used to or approving of, an interracial relationship. The ad (and the response it got) made both the morning and evening news show circuits. But Cheerios stood strong and ignored the criticism. A brand making a move like this meant that it was a brand that recognized relationships and families like mine. And to this day, when I see an ad that features a multiracial family, I think about this Cheerios ad.

The last ad that I carry with me is one from Subaru. It’s an ad that’s not entirely surprising, since the Subaru brand has trained us what to expect: shots of camping, bonfires, forests, and other features of Mother Earth. What made this ad special? The featured couple was Black. For me, it took until 2019 for there to be a black couple to be camping in an ad on my television. It was a moment that actually made me sit up on the couch and stare at the screen. It was important. Not because I love camping, but because it was a new version of a commercial that’s been played to death, and that made it exciting. It was a different version of black people than what we normally see depicted. And that’s what made it so important.

I work in marketing. I’ve done it in some form or another for about 17 years. I’ve worked in electoral politics, health care, insurance, and now higher education. I’ve worked on all sorts of communication projects for clients of all sizes and kinds.

I’ve been in my fair share of meetings about making commercials or writing marketing emails.

Don’t get me wrong, I understand that in order for me to have had the experience I did with those ads, a series of brave acts had to occur, one right after another. But that sequence of important decisions may have started with one, thoughtful person.

As marketers, we have great power. We have the power to reinforce messages, or introduce new complementary ones. When I think about how seeing those ads felt for me, even as recently as last year (for that Subaru one), I think about how the decisions I make each day in my job could be impacting someone I will never know.

At a time when the country is having important decisions about race, racism, and inequalities of all kinds, the role of marketing and the people who do it is elevated. We have the opportunity to ask new questions, make new decisions, and possibly change people’s perspectives—every single day.

Listen, I get it. Marketing is or can be gross at times. It can seem like a decision is made simply to make a buck. And while I won’t fight you hard on that (at all), I am a firm believer that while you make that dollar, you can also make some change. The more often marketers and advertisers make bold decisions to actually reflect the diversity and beauty of this country, ads like the ones I’ve mentioned will be once-a-day rather than feel like once-in-a-lifetime.

So what I’m saying is this: Be that brave soul in that seemingly trivial meeting about yet another commercial, and change the world. 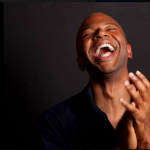 Kevin Tyler is based in Columbus, Ohio, and is the Insights Director for Ologie, a marketing and branding agency specializing in higher education, arts and culture organizations and non-profit projects. More of his writing can be found here.

In his spare time, he runs a food blog on Instagram (@TheFullBellyBlogger), reads voraciously and lives with his partner Greg and dog Nigel. He also recently launched #StopKillingUs, a social media campaign aimed at reframing the narratives of the black community.

Visit this page to see more in the series, or check back for our next guest post.

CM Group is a family of global marketing technology brands including Campaign Monitor, CM Commerce, Delivra, Emma, Liveclicker, Sailthru and Vuture. By joining together these leading brands, CM Group offers a variety of world-class solutions that can be used by marketers at any level. Headquartered in Nashville, TN, CM Group has United States offices in Indianapolis, Los Angeles, New York City, Pittsburgh and San Francisco, and global offices in Australia, London, New Zealand and Uruguay.

Previous 7 Unusual Signs on the Path to a Breakthrough…
Next Analytics Audit 101: Identify issues and correct them to ensure t… 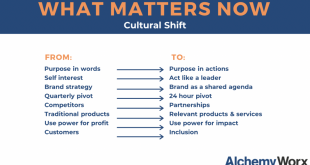 Marketing is Color Blind: A Call for Change… 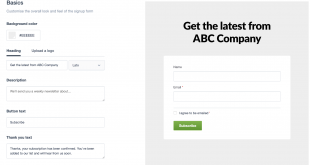 How Publishers Can Create and Use Effective Email Signup Forms… 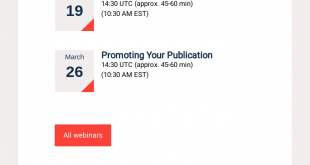 How to Host a Successful Nonprofit Webinar Using Email Marketing…

This is a guest post from Tatiana Buyanova at Travelpayouts Affiliate Network. Newsletters are not ...