Are We Too Quick to Criticize? – Join Our #MTtalk!…

“Some people talk about other people’s failures with so much pleasure that you would think they are talking about their own successes.”

In my life, criticism has always been a two-edged sword. Sometimes it hindered me to the point of paralysis. At other times it helped me to grow, and without it I would have been oblivious to some of my blind spots.

The hinder-or-help factor wasn’t always about the criticism, but about how it was said and with what intent.

Now, in the social media age, there’s no avoiding seeing, hearing and reading people criticizing and being criticized.

Many people browsing social media will read people’s opinions and standpoints and either agree or disagree – for the most part silently. But many are all too keen to jump feetfirst into a discussion to berate anyone whose views differ from their own.

How we feel about a statement, situation or someone’s behavior is informed by our own values, even if we don’t always realize it.

If you feel something is aligned with these values, you’ll likely agree. If it doesn’t resonate, you’ll probably disagree.

Because I know my own sensitivities, I only allow myself 15 minutes a day on Twitter and Facebook (and even then, it’s sometimes too much). But one morning, not too long ago, I sat with coffee in hand, looking through social media.

While scrolling through my Twitter feed, it jumped out at me how often people criticize and reject the behaviors of others, yet fail to see that they are guilty of the same things.

I also noticed that the louder you “shout” about other people and employ certain hashtags, the more attention you get, even when your criticism is in no way fair or justified.

A few days later I become a spectator of a social media storm surrounding a non-political public figure, over something they said. It grated on me that only a fragment of what they said was quoted and leapt upon, without any understanding of the context.

Some social media “gangs” react so viciously that it literally makes me catch my breath. It becomes a feeding frenzy fuelled by hashtags and half-truths.

It’s “cancel culture” in full swing. People are baying for blood, wanting the “culprit” to be shouted down, ignored, and erased from memory.

It’s a phenomenon that former U.S. president Barack Obama challenged in 2019. He said, “I do get a sense sometimes now among young people, and this is accelerated by social media… that the way of me making change is to be as judgmental as possible about other people, and that’s enough.

“If I tweet or hashtag about how you didn’t do something right or used the wrong verb… then I can sit back and feel pretty good about myself, because man, you see how woke I was? I called you out.

“That’s not bringing about change, you know. If all you’re doing is casting stones, you’re probably not going to get that far. That’s easy to do.”

From an early age I was taught to “do unto others as you would have them do unto you.” I can’t help but wonder if today’s “keyboard warriors” would want to be treated the same way that they treat others. Somehow I doubt it.

Sometimes we’re too quick to criticize and not quick enough to think about how it feels on the other side of our words.

Are there times we should criticize? Absolutely. We can’t and shouldn’t keep quiet over injustice, inequality and unfairness. We need to criticize corrupt governments, broken policies, and dishonest leaders. If we don’t do it, wrong will prevail.

Ask These Questions Before You Criticize

At the same time, we should be cautious about unfair criticism, and it might be helpful to keep the following questions in mind:

Is your criticism fair? Make sure that it isn’t based on a skewed or one-sided perspective. Biased, unfair criticism is extremely hurtful.

Are you consistent in your criticism? If you criticize some people for a specific behavior but think it’s okay if others do it, you’re displaying double standards. You have to question your thinking, and what informs it.

What is your intent? If you enter the realm of criticism to make yourself feel better or to make someone else look as bad, you need to think about it more. And, of course, if it’s about personal gain or an ego battle, you’re playing dirty.

Are you criticizing someone because they dare express a different opinion from your own? A reasoned debate might be more productive. If that isn’t an option, at least be decent enough to criticize without getting personal and nasty.

Are you criticizing to get “likes” or to be part of the “in crowd”? The Nigerian novelist Chinua Achebe said, “One of the truest tests of integrity is its blunt refusal to be compromised.” Criticize with integrity.

What effect will my criticism have on the other person? I recently read an article about someone who was on the receiving end of unfair criticism. It spun out of control on social media to the extent that he received death threats from total strangers, and ended up in hospital after a suicide attempt.

The Right Time to Criticize?

For our #MTtalk Twitter chat this week, we’re going to discuss criticism, its effects, and when it’s the right time to criticize.

In our Twitter poll this week, we asked how being criticized makes you feel. Almost 60 percent of respondents voted for “defensive.” You can see all the options and results, here.

Why do people criticize one another?

Why do we react so strongly to criticism? Are we just sensitive?

Does criticizing make you a “hater”? Why/why not?

What do you say to someone who criticizes you?

When is criticism destructive?

When is it time to criticize?

How do you know if you’re an overly critical person?

To help you to prepare for the chat, we’ve compiled a list of resources for you to browse. Note: some of the resources below may only be available in full to members of the Mind Tools Club.

How to Give Feedback

How to Manage Defensive People

Are You a Positive or Negative Thinker?

Understanding Your Locus of Control

How to Join Our #MTtalk

We’ll be tweeting out 10 questions during our hour-long chat. To participate in the chat, type #MTtalk in the Twitter search function. Then, click on “All Tweets” and you’ll be able to follow the live chat feed. You can join the chat by using the hashtag #MTtalk in your responses. 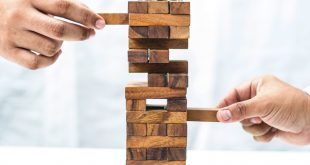 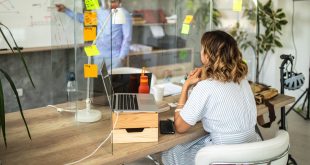 Return to the Office Post-Lockdown: Masks, Perspex Screens and No… 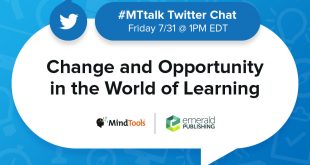 #MTtalk: Change and Opportunity in the World of Learning… 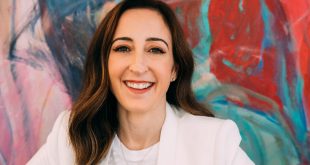 Questions to Seal the Deal: Our Expert Interview with Alexandra C…

In 2012, the United Nations was looking for a conflict resolution expert to teach female ...