2020 has been an unconventional year for the global economy. As a result, hundreds of nonprofits face dramatic changes in their fundraising efforts. Now, more than ever, charitable organizations are relying on philanthropic opportunities to help raise awareness and reach their financial goals.

Luckily, organizations have over four months to prepare for Giving Tuesday. Nonprofits should maximize this potential by developing an online marketing campaign that broadens reach while increasing donations.

Not sure how to create a strategic email campaign as you plan for Giving Tuesday? Campaign Monitor can help.

What is Giving Tuesday?

Giving Tuesday is an international day of contribution. It occurs the Tuesday after Thanksgiving to offset the commercialism of Black Friday and Cyber Monday. For 24 hours, the public is urged to give, collaborate, and celebrate generosity. What began as a call for simple acts of kindness has evolved into a worldwide movement. The event has raised more than $1 billion for charitable organizations.

Giving Tuesday is successful because of its visibility and a growing desire among communities to help those in need. Social media and the internet provide an expansive platform to share missions and request donations across several networks. This creates a combination of societal pressure, public demonstrations of generosity, and feel-good support.

Nonprofits simply register online for a free donation page to participate. They create a campaign, promote their organization, and accept tax-deductible contributions on Giving Tuesday. Donations received during that time may be eligible for matching gifts. There are no fees associated with the Giving Tuesday campaigns. As a result, any money a nonprofit raises during Giving Tuesday is theirs to keep.

Giving Tuesday is the most philanthropic day of the year. As such, it offers several benefits to nonprofits. Organizations can reach a global audience and raise awareness about their cause. On social media alone, #GivingTuesday received 20 billion impressions last year. As people search for and post about ways to participate in Giving Tuesday, many of them will likely see your organization’s name. Giving Tuesday also promotes the collaboration of ideas between groups. This helps foster creativity, generates success, and exponentially broadens reach.

Additionally, Giving Tuesday provides a terrific opportunity to collect donor data. This is important because an average of 45% of donors make another gift to the same nonprofit the following year. Giving Tuesday helps make initial introductions. Once you’ve collected donor information, you’re able to reach out to those people for future asks. With a clever strategy, nonprofits can capitalize on this event to generate leads and maximize donations.

There are many ways to promote your Giving Tuesday campaign. One of the most effective tactics is a strategic personalized email marketing campaign. It’s a great way to spread the word about your mission, reach potential donors, and help achieve your goals.

A strategic email campaign can help you develop a loyal donor base. It expands your reach and drives more donations to your organization. Seventy-eight percent of online users said personalized emails increased their monetary intent. When faced with a personal appeal, people are more inclined to feel a sense of responsibility. This leads them to act.

Use your email campaign to establish a genuine connection with your audience. Donors are more likely to contribute to familiar and trustworthy organizations. Share a story or an image that elicits an emotional response. Show your constituents about why they should care about your cause. Including a clear CTA button in your messages can yield a 25% increase in click-through rates. All of these elements can lead to an increase in readership and a rise in donations.

Every day, there are nearly 306 billion emails sent and received worldwide. With careful planning, email can be a highly effective way to communicate with your audience. The following examples portray the four major steps to adhere to when planning a successful Giving Tuesday email campaign.

Raise awareness and build excitement with an introductory email leading up to the event. This first send should have a catchy subject line to grab readers’ attention. Content should explain Giving Tuesday and announce your organization’s participation in the movement. Show examples of how constituents’ contributions can help the communities you benefit. By contacting readers in advance, you prepare them to donate the day of the event.

In this effective announcement, Charity: Water does a terrific job of concisely explaining their cause. This is followed by an update on their achievements to date. They set a clear goal for their Giving Tuesday campaign and then they close with a teaser promising more details to come. An eye-catching image at the top of the email draws readers in. A clear CTA link directs people to their website to learn more about their efforts. With this email, Charity: Water has successfully introduced its organization and Giving Tuesday to its viewers.

It’s likely your audience will be inundated with emails announcing Giving Tuesday campaigns. Stand apart from other nonprofits by sending reminder messages to help keep your message top of mind. Reminder emails can arrive in the days leading up to Giving Tuesday. They could also be used throughout the day of the event.

Countdown clocks and real-time updates let your supporters know how the campaign is going. These urgent reminders can increase a person’s willingness to share your news with their own contact list. The more people who see your message, the higher the chance you’ll meet your goals.

North Shore Animal League (NSAL) used this tactic for their Giving Tuesday campaign. On the day of the event, they distributed emails that included a countdown clock to show how much time donors had left to act. These emails also included a donation meter to track progress toward their goal throughout the day.

NSAL used several effective techniques in this campaign. They opened with a large photo of adorable puppies looking for a home. They continue with powerful, emotional wording like “save” and “before the clock runs out.” This creates a sense of urgency for donors to act. Additionally, NSAL includes multiple CTA buttons to encourage readers to donate. However, instead of “Donate here,” the wording focuses on their matching gift option.

3. Letter from a leader

People give to an organization because they have a personal, vested interest in its mission. For that reason, consider sending a Giving Tuesday email from someone personally involved with the charity. Studies show that donors enjoy hearing from a specific person at the organization. Send a testimonial or heartfelt plea from an employee or volunteer. For even greater impact, send an email from a leader in your organization.

By sharing personal stories about your nonprofit’s impact, you’re building a relationship with your audience. You’re no longer an entity asking for money; rather, you’re a group of people with similar passions and interests working together for a greater good.

The Red Cross sent an email on Giving Tuesday from their VP of Humanitarian Services. At the top of the email, she shares a personal note to the recipient. This seems as though she’s forwarding information she thought the reader would particularly enjoy. This section also includes a photo of her with a beneficiary of the Red Cross’s services. This, coupled with her plea for help, has an emotional impact. She’s clearly passionate about the mission of the Red Cross and feels the reader should be too.

As a nonprofit, one of your goals is donor retention. It costs 50% to 100% more to obtain new donors than the money you’ll get from them. One of the easiest ways to keep your donors is to show them appreciation.

The final step in your Giving Tuesday email campaign is a thank you email. Once the event has ended, send a message with totals and updates regarding your goals from the campaign. Let people know what they were able to help you achieve. Encourage them to continue to donate to your cause. Include a CTA that directs readers back to your website. Add a personal touch by sending this email from the head of your organization.

Autism Speaks followed up with their Giving Tuesday donors with this message of appreciation. The organization’s president and CEO sent a heartfelt thanks that complimented their supporters. She reminded everyone that their donations went even further with a matching gift opportunity. The email also offers a CTA button and a link, both of which direct readers to a donation page. With this message, donors feel that their contributions are valued, and the nonprofit extends the possibility for more gifts. 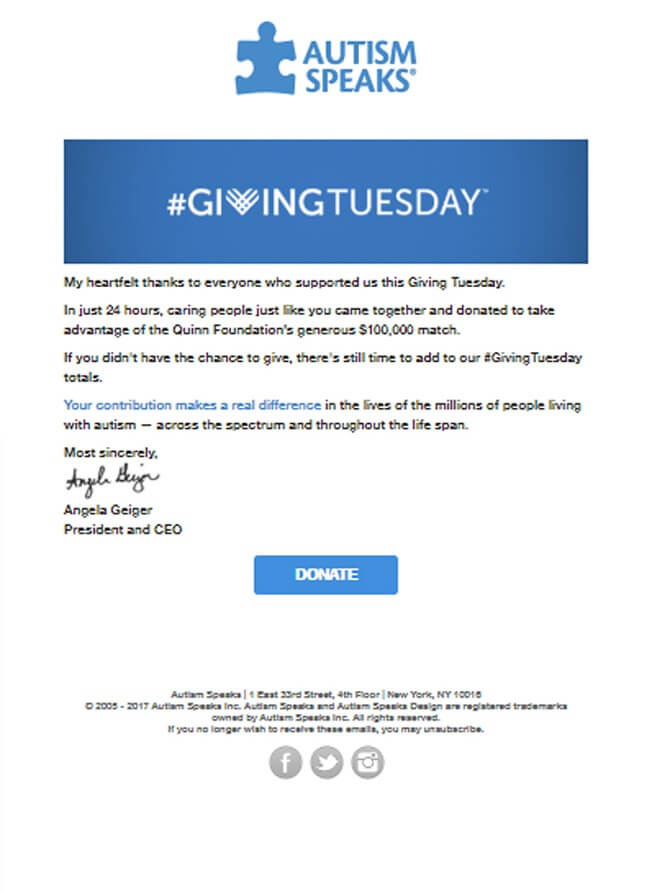 With careful planning, a creative strategy, and an effective email campaign, Giving Tuesday can be an extremely beneficial event for nonprofit organizations.

For more information about how we can help your nonprofit prepare a Giving Tuesday email campaign, contact our sales team today.

Previous Join us online for Search Marketing Expo, December 8-9…
Next How to Block E Mail on Yahoo… 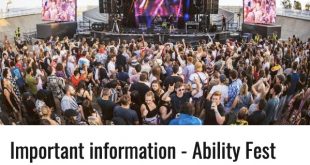 How Moshtix Used Email Marketing to Navigate the COVID-19 World… 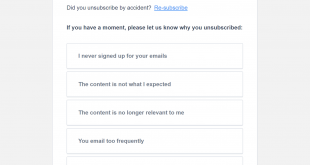 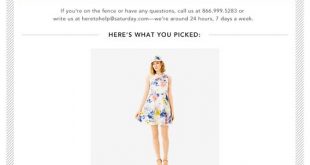 How Behavioral Targeting Can Improve Your Overall Marketing Strat… 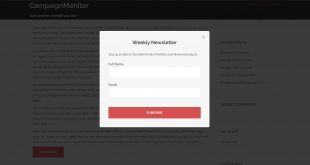 The days of “email blasts” are in the rear-view mirror, and today’s modern marketers are ...